The Gods of Money [CONFISCATED] 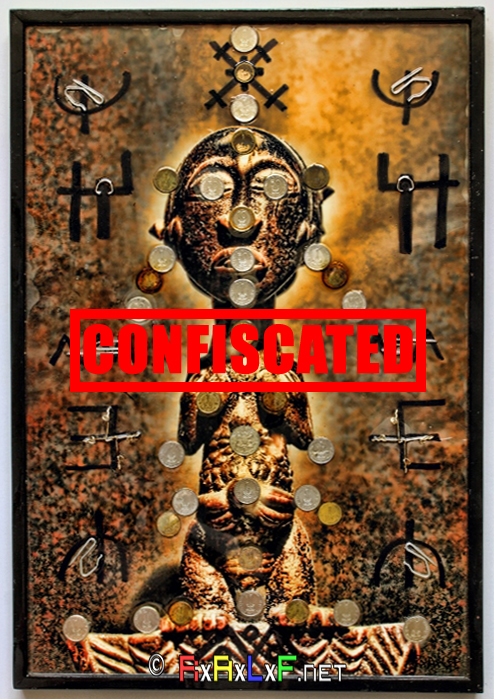 On 27th February 2017, a sea container full with contemporary artworks on its way from Nairobi to Paris was checked by Kenyan customs in Nairobi. As much as approximately more than 100 contemporary artworks from many artists were in the container, the authorities were only interested in 5 of them. Those 5 artworks, parts of an art installation, were declared unlawful and confiscated, together with the accompanying installation materials. It was said that official charges will be put against as well the owners of the container as against the artist who made the works.

I was the artist who made those artworks.

While the other art is on its way to Paris, I am in Nairobi and awaiting the charges. So far, I have only received verbal rumors about why my art is unlawful. And I am eagerly awaiting what will be in there for me. Will I be fined, arrested, or kicked out of the country? Or all together? Or even worse? 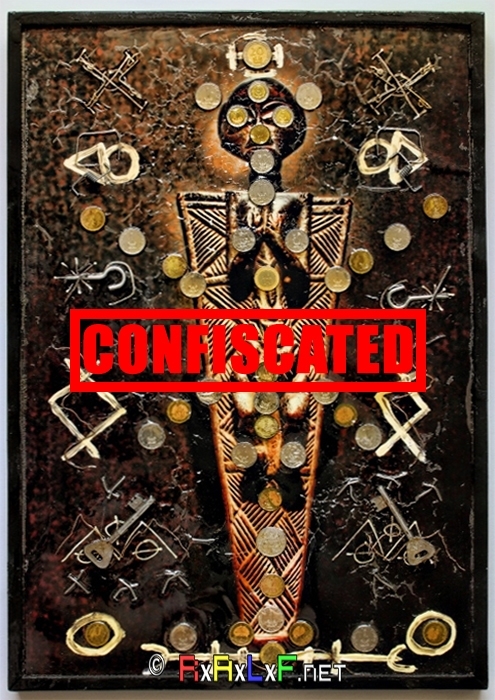 The series of artworks ‘The Gods of Money’, are about how African heritage is still suppressed by Colonial legacy and replaced by the Power of Money. For the artworks I did several internships with African indigenous priests (in Kenya often referred to as ‘Juju masters’), who trained me in how to put specific spiritual energy in the works so that they will generate money for the owners of the works. Read the background story of the artworks here: https://rxaxlxf.net/the-gods-of-money/

And some rumors say, that the confiscation is actually not about the artworks in question. But that the drama around my artworks might be related to my documentary project about City Cotton and the struggle with ‘The Powers that Be’: https://rxaxlxf.net/2017-exhibition-city-cotton-nairobi-powers/ . 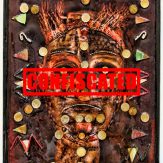 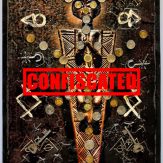 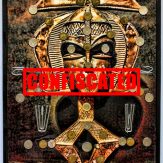 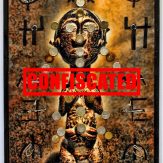 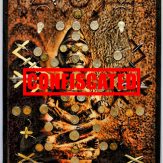