The man is a Hustler. 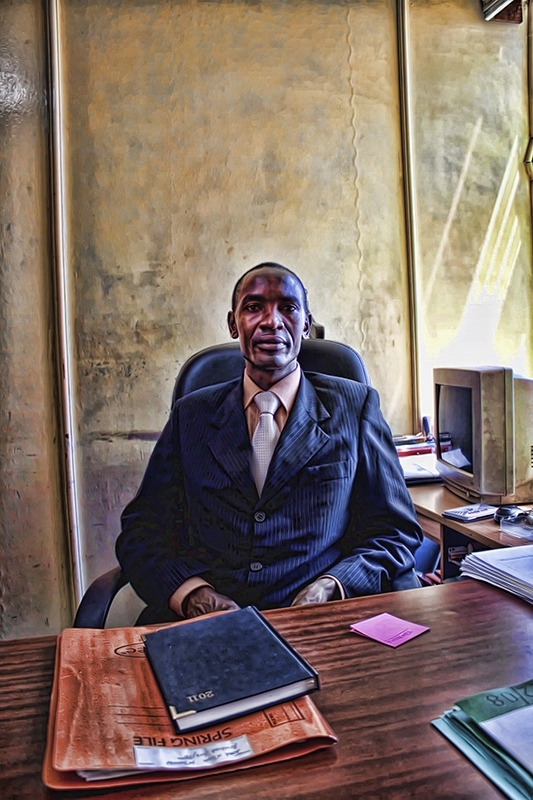 He shares a desk in a partition of an office with 3 other lawyers. A partition so small, that if one opens the door to it, the door will bang into the desk. When all of them are around, only one can sit at the desk, the other 3 have to work elsewhere. In fact, the desk is only in use to receive clients, as a lawyer needs to have an office. Or at least a desk.

He doesn’t know when the wooden partition walls were repainted last, but for sure way before he moved in. And he is there now for quite some years.
They share an old computer, which is connected to an even older monitor. The computer is only in use for e-mail – if the Internet connection works, which quite often doesn’t.

He has stored all his cases in spring files. He hands his notes to a cheap typing bureau elsewhere in the building, who types & prints them for him. So no need to own a printer either.
His current diary is an old diary from 2011, which he has bought at a very discounted rate from a market stall which deals with leftovers. Inside, he has scrapped each date and corrected them with the proper weekday of the current year.

He doesn’t own a car or any other luxury. He stays in a small bedsitter in the Eastlands of Nairobi. His biggest possessions are the two dresses he has, as a lawyer needs to be dressed according to his standing.

In court, he watches the lawyers dealing with big cases. They come to court in the latest models of SUV’s, Mercedes Benz and other mobile signs of success.
He himself takes a Matatu back home, or if he had a really bad day, just walks home for an hour or two.

When his family scraped all the money they had together to let their oldest son study at an university, they realized it was not enough. So they had to take loans from loan sharks at high interest rates. To pay back the debt, they had to choose a study for him from which it would be sure that it would generate truckloads of cash, to have a better future for all of them.

Unfortunately, it all went differently than expected.

He told me, if he could, he would leave Nairobi. He dreams to be a farmer, somewhere in the village where his family comes from. But he can’t. Even farming requires money, money he doesn’t have.
The clients he deals with are usually as poor as he is, his law business is a subsistence business. He said he tried all he could to get out of this circle of poverty, but nothing worked out.
He told me, there is just one thing that nobody can take away from him: His dignity.

Then he said that I could make now a picture of him.
And so I did. 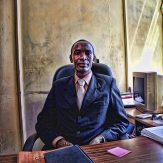