The two main leaders responsible for genocide as per UN accusations, whose tribesmen had killed each other passionately in the previous elections, would run together for the next Presidency.
Many Kenyans, also Uhuru’s and Ruto’s tribe members, asked themselves: What did all these people die for? 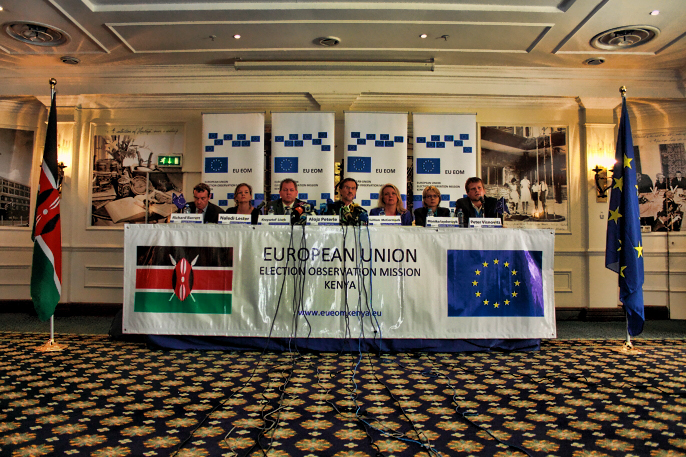 The European Union regards itself on the international scene as a guardian of democracy and human rights.
Rightfully, current Europe is actually one of the best places to live as ordinary human being in terms of justice and democracy. Though, some of it’s member states were also some of the biggest colonizers in human history. In Africa -amongst others- these very European states left behind a still largely unaccounted trail of bloodshed, atrocities and misery, commonly known as ‘the scramble for Africa’. A scramble which has not stopped, though has changed its face since the days of the colonies. Therefore, if the European Union makes an announcement, does it speak as the champion of democracy or as participator in the scramble for Africa?

The European Union compiled a bit of a confused report, where they did admit to have noted irregularities, though keeping a positive perspective, the EU produced statements like the following: 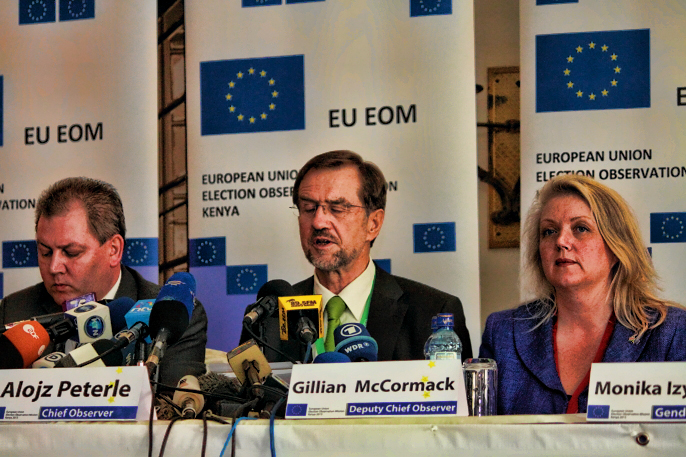 IEBC did actually not publish all polling station results on their website. The evidence for that fact was collected by the foot soldiers (like me). If an European Union observer commission releases a statement like this, not reflecting the truth, what does the EU stand for?

The EU report continues about the Supreme Court:
‘The court was conscious of the importance of its task in the context of political and constitutional stability in Kenya, and of the need to exercise judicial restraint in propounding on the exercise of the popular will. Its proceedings were highly transparent and broadcast live to the nation.
Its verdict was that the evidence did not disclose any profound irregularity in the management of the election to
undermine the declared result.’

Nevertheless, I had hardly met any official EU observer on the ground anyway, but that says nothing of course, maybe they were all on more important places than I was myself. 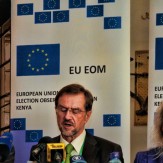 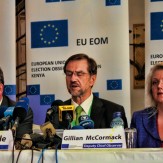 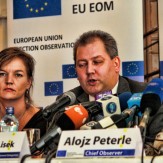 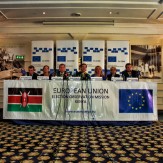 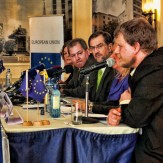